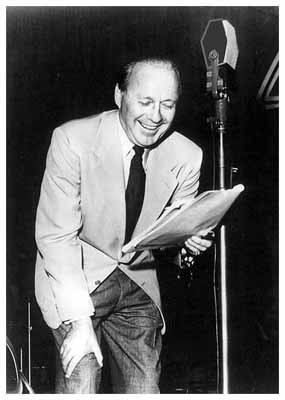 I was dying laughing at Jack Benny during my commute the other day. Some things have that marvelous knack of spanning decades and generations, the dead stars that still burn, holding their own beside bright new things because they’re just that good.

Here’s a short list of old and new things that tickle me pink:

If you’ve seen the movie “Up,” you’ll know. My office was filled with “SQUIRREL!” references for days after.

I couldn’t find a clip, but fans of the show will remember this moment:

Dr. Jackson: [watches as O’Neill plays with a yo-yo] “You know, I think these are the Jack O’Neill moments I’ll probably miss the most.” *falls into reverie*
Col. O’Neill, who wasn’t listening: “What?”
Dr. Jackson, who’d forgotten what he’d said: “What?”

Now referenced whenever deep thoughts are in evidence.

“I don’t care who you are, dat’s funny right dere!”

This entire episode is one of my favorites of the series.

So, so many writings; here’s an excerpt from “Acres and Pains”:

“I had read little more than three pages when I realized I was holding the diaries upside down and listening intently to a  noise in the kitchen.

Loosely speaking, the sound combined a creak and a sigh suggestive of a musical saw. Now and again, it was smothered by a soft, mirthless laugh ending in a sharp click. My dogs, quick to guard their master, formed into a hollow square and withdrew under the couch. I dried my palms, which seemed to have accumulated a slight film of oil, and picked up the fire tongs. ‘Who’s there?’ I inquired in a crisp falsetto. (After all, I thought, why waste a trip to the kitchen if nobody was there?) There was no answer; whoever it was didn’t even have the common decency to reply. Angered, I strode toward the kitchen, whistling to warn of my approach, and flung open the door. Everything was in apple-pie order, including the apple pie, except that the rocking chair was bobbing slowly back and forth.

‘That’s odd–very odd,’ I murmured, re-entering the living room and tripping over a chair. ‘Probably caused by a draft from an open window or something.’

‘Or something,’ agreed one of the dogs from under the couch.

‘Who said that?’ I demanded sharply. The craven cur was frightened back into silence.”

5. Cleolinda Jones: Harry Potter and the Prisoner of Azkaban in Fifteen Minutes

Defense Against the Dark Arts Class

SNAPE: EVERYONE SIT DOWN AND SHUT THE GODDAMN HELL UP.

Billy Gilbert stealing the scene and cracking up Cary Grant.

The full glory of Pogo is best served through comic collections held in your hands, but I can attest to the mix of humor and devastating wit, couched in an Okefenokee parlance, that goes beyond Kelly’s dabbling in Pogo-politics.

I don’t even watch Family Guy and I die laughing at their Star Wars spoof.

Skip to about 5:50 and listen to Mel Blanc be Jack Benny’s Maxwell car. Kills me every. single. time.

———-
Humor’s in the soul of the beholder–what makes YOU laugh?