“This is one of the most unique, joyful books I have read in a very long time.” -Rosie Malezer, Readers’ Favorite

Welcome to the excerpt page for Dr. Guinea Pig George!

Synopsis: Guinea pig George really does think he’s a doctor, even if he’s the only one who does! Then one day, George is able to show what he can do during a very unexpected house call. Dr. Guinea Pig George helps kids believe in themselves, even if their dreams seem out of reach. 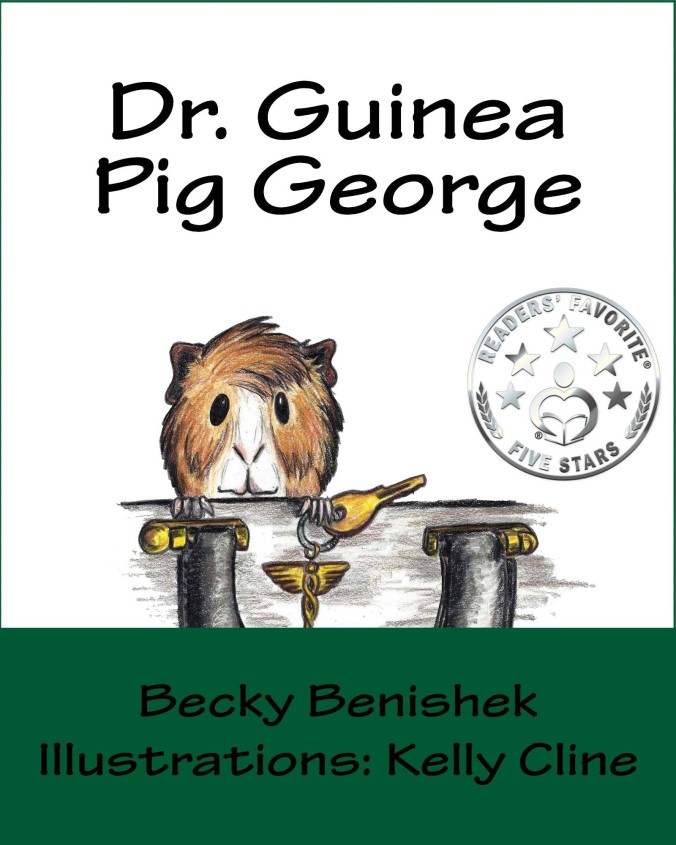 Once there was a guinea pig named George, who lived in a house with a person named George and all of the people in Person George’s family.

The Person George was a doctor who made house calls.

Whenever the phone would ring, and someone in the house would answer it, they would say, “George, a patient’s calling!”

And Guinea Pig George would think they meant him.

So while Dr. George was talking to the patient, the Guinea Pig George would tidy up his cage so nobody would have any complaints about a mess.

Then while Dr. George was searching for his hat, his boots, and his coat, the Guinea Pig George would trundle out of his cage and down the wooden steps the family had made for him to get to the floor.

Dr. George was very absent-minded, you see, and he always misplaced things, including his doctor’s bag. His family made sure it got back to the same place, under the coat-tree.

Dr. George would eventually find everything he needed, pick up his bag, and scurry out the door to start his rounds.

So at each house, the Guinea Pig George heard everything that was going on.

Later, back at home, Dr. George would put his bag down and drop his coat and hat on the floor under the coat-tree, and go off to dinner. The Guinea Pig George would trundle out of the bag and climb the wooden steps to his own dinner. All in all, it was always a very satisfactory day.

And then one day, the Guinea Pig George fell out of the bag!

What’s going to happen to George? Find out in paperback or Kindle!

Other things to do: