What’s this? Anita Dickason’s suspenseful crime thriller series!  Keep scrolling for a description, excerpt, and more of the latest in her series.

A u 7 9: A Tracker Novel by Anita Dickason

Is a new Texas law a harbinger of death? Based on fact, award-winning author, Anita Dickason’s latest release in her FBI Tracker novels spirals to an explosive conclusion.

When the local investigation into a missing ATF agent stalls, FBI Tracker Adrian Dillard is sent to Texas to find out why. He’s not greeted with open arms.

Plagued by resentment from local agents, his uncanny intuition kicks into high gear when every lead ends with a dead body. Who knows more than they are telling? Is the missing agent an unwitting victim, or a deadly mastermind? And who is staying a step ahead of him?

Dyson’s fiancée, Homicide Detective Tracy Harlowe, may have the answers, but she’s not talking. The secrets the impetuous detective is hiding could very well get her killed.

A chilling discovery puts Homeland Security on high alert. Pressure mounts as the President demands answers. When Tracy disappears, Adrian knows he’s running out of time. There’s only one question left. Who dies next? 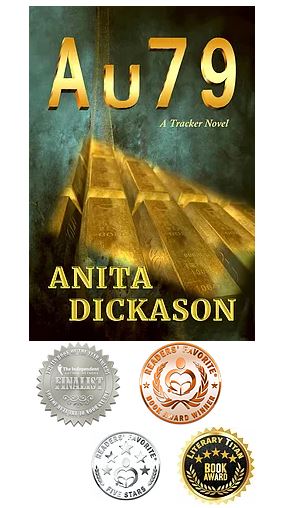 He hated undercover assignments. Most could be defined with one word—sleazy. Despite its ominous purpose, this one wasn’t any different. The bar stank. Smoke from the grills hung in the air, adding another layer of grime to the windows filled with flashing beer signs. Grease and dirt, and probably a good bit of blood mixed in, stained the wood floor. A rank odor of sweat rose from the bikers that edged the bar and grouped at the tables. Their attention was riveted on the action that flashed across the large TV screens mounted on the walls. An occasional cheer would resound when a touchdown was scored.

FBI Tracker Adrian Dillard leaned back in his chair, his long legs outstretched under a table tucked in a dark corner of the room. One arm rested on the scarred wood near a long-necked beer bottle. The other was on his leg within easy reach of the gun concealed by a grungy leather jacket.

He took a sip. His gaze wandered around the room, then back to the TV screen. While outwardly relaxed, his every instinct was alert. His neck tingled with a familiar sense of danger. Despite the rough stubble of whiskers and hair that brushed his collar, several of the bruisers in the place had already cast suspicious looks his way.

Would the informant show? He hoped the promise of the hundred-dollar bills in his pocket would be enough. An ATF agent, Stuart Dyson, was missing, and this might be his only shot at finding his whereabouts, or to learn if the agent was alive.

He glanced at the wall clock. Damn! The man should have been here by now. A whisper echoed in the tiny receiver in his ear. “Biker just pulled into the parking lot. He’s wearing a red bandana. May be our guy.”

Fellow Tracker Cat Morgan had the entrance covered from her position in a vehicle parked across the street. As he watched the door, Adrian shifted. His fingers inched closer to the gun.

Her novels are based on her extensive law enforcement knowledge and experience. She loves reading the folklore of Native Americans, the Irish and Scots. She adds a surreal touch to her characters from those ancient myths and legends. 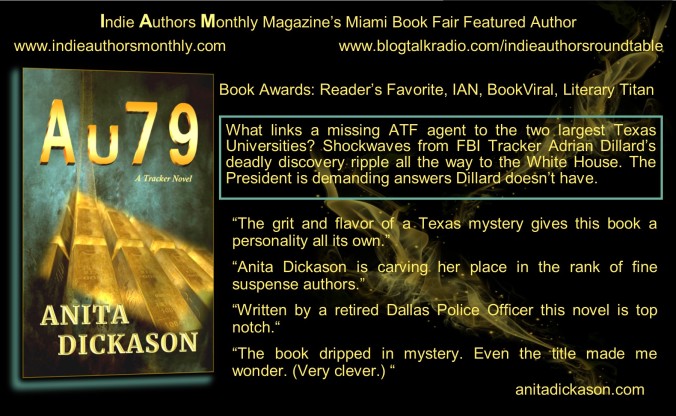 Post #3 of the holiday bookroll for participants in Indie Authors Monthly.