“Stillwell is a fast paced thriller that will keep you on your toes.The author has a way of pulling you in as if you are there next to the character through his journey. I highly recommend this read to anyone. Even if you aren’t into thrillers, you should give this a shot.”– Sarah’s Book Blog

Michael Phillip Cash brings a winner (14 awards!) of a supernatural and psychological thriller in Stillwell, book 1 of 4 in the series, A Haunting on Long Island.

Keep scrolling for a description, excerpt, and more.

Paul Russo’s wife just died. While trying to get his family’s life back in order, Paul is being tormented by a demon who is holding his wife’s spirit hostage on the other side. His fate is intertwined with an old haunted mansion on the north shore of Long Island called Stillwell Manor. Paul must find clues dating back hundreds of years to set his wife’s soul free. 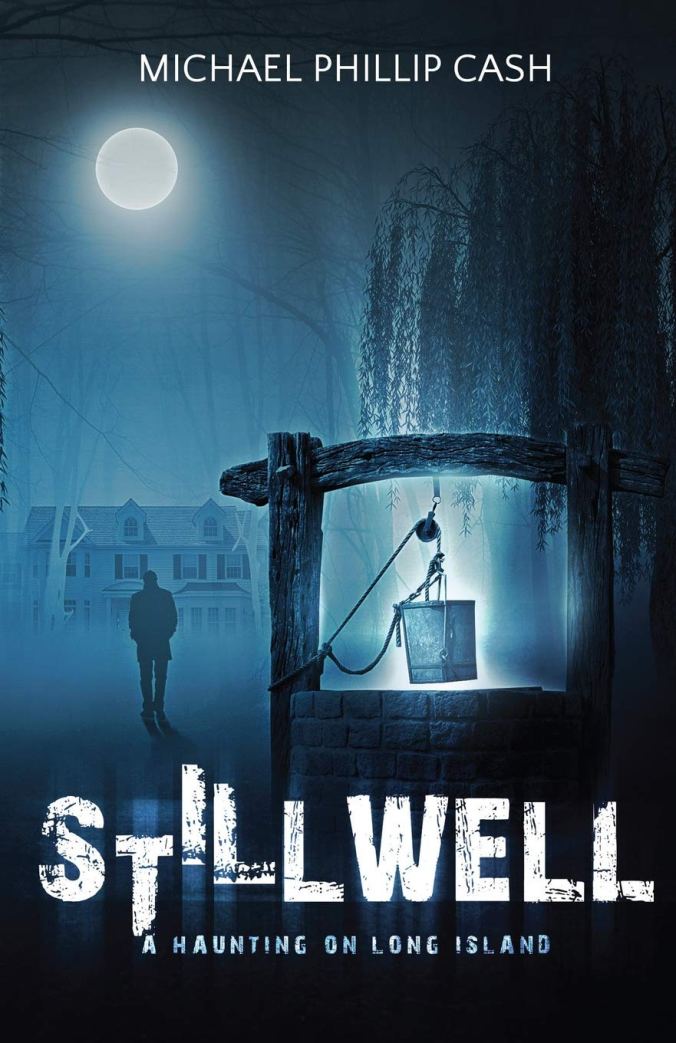 Paul turned from the dark window, twitching the drapes back in place. It was cold in the house; it had the dank feel of being unused. It had only been empty for a week, and yet it held a stale feeling of overripe food and decaying garbage.

The kids would be coming home tomorrow. He had sent them to his sister’s place for the past week. It was too hard to have to worry about their schedules when he was sitting by Allison’s side. The funeral was yesterday, and he asked his sister to keep them one more day. He needed to have some time to collect himself. He’d spent the last twenty-four hours sitting in the dark, staring at nothing, his mind too numb to think

Lisa had taken over with the brisk efﬁciency of the nurse that she was trained to be. Stella was eating once again and Jesse and his twin, Veronica, were able to sleep at night. His sister’s was the safe house, and while he desperately missed his children, he couldn’t deal with their everyday drama while he stayed with Allison for her ﬁnal weeks.

He played with the chain around his neck then placed the gold band that hung from it on his lips. He closed his eyes, feeling alone. It was his wife’s wedding band and it had never left her ﬁnger from the time he had placed it there almost ﬁfteen years ago.

Everything happened so fast. Too fast. His mind replayed the last six months in a montage of colors ﬂashing like an out-of-control merry-go-round. Only it wasn’t a happy ride. Well, he sighed, he had to admit that he did feel relief. It felt wrong to have this burden taken off his shoulders, but his wife didn’t have to suffer any- more. He admitted to himself that he was weary too. She had gone from bad to worse in such a short time. She had slipped into a coma. He held her skeletal hand for a solid week, watching hope die alongside his wife. His family had brought in food, but he felt no hunger. As he stayed by her side, nothing seemed important. Paul stared at her face, memorizing every curve, her deep dimple, the mole she hated above her upper lip. Every second counted, and he wouldn’t waste a minute on himself. His future yawned ahead in a great vastness of nothing that stretched endlessly before him. Alone, mute, and his thoughts jumbled in his head, he couldn’t ﬁnd words to say what he needed. Did she know how happy she had made him? Did Allison understand how much she meant to him? Could she know that his heart was so numb, he felt as though he were a corpse? Though he sat caressing her hand, could his wife sense the man next to her was spent, empty? It was that burnt-out feeling like after drinking so much that the liquor loses its taste and cigarettes burn with dying ﬁre.

The irony was that he was the smoker, even though he had stopped when the twins were born, thirteen years ago. Allison wouldn’t have it in the house. He cheated at work, chewing gum to disguise the smell on his breath. It had always been a huge ﬁght, and while she painted all kinds of devastating scenarios if he continued to smoke, they never expected her to be the one to fall victim to cancer.

The twins were a rare handful for them. Married for just over a year, they were unprepared for the incessant work. He was building his reputation as a go-to guy for the McMansions that dotted Long Island’s North Shore. The pull of work and two newborns tested their marriage. Allison breast-fed until utter exhaustion—or as he liked to call it “udder” exhaustion—made her stop. She always laughed at that.

Michael Phillip Cash is an award-winning novelist and screenwriter. His novels are best-sellers on Amazon under their genres – Young Adult, Thriller, Suspense, Ghost, Action Adventure, Fantasy, Paranormal Romance and Horror.

Michael writes full-time and lives on the North Shore of Long Island with his wonderful wife and screaming children. 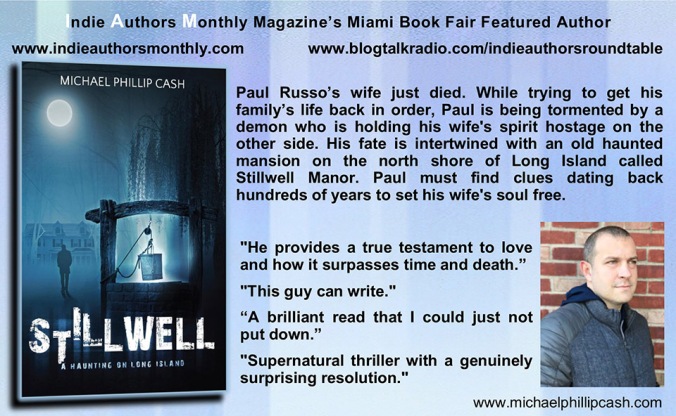 Post #5 of the holiday bookroll for participants in Indie Authors Monthly.

One thought on “Supernatural “Stillwell” Spellbinds”